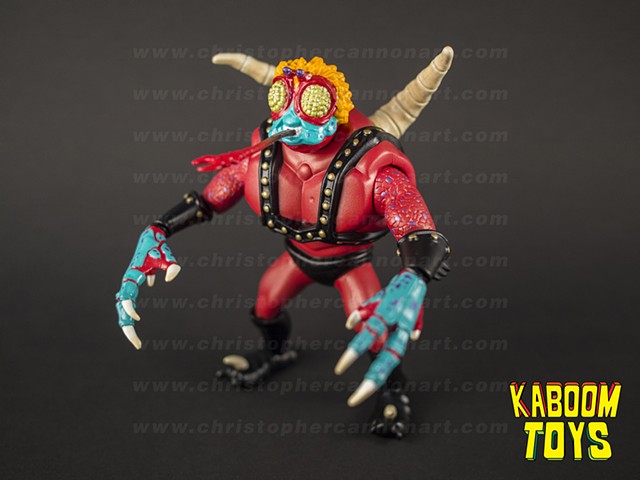 Billy “Buzz” Killer; born William Thomas Favero, was your average sports entertainment wrestler. He experienced a minor stint of fame while first working the circuits of WCW then the WWF under the moniker “Brick Breaker”, but he eventually reached an end once the audience grew tired of his gimmicky tricks.

Unknown to most of his fans William had a twin brother who was actually a successful biotech engineer named Donald. Billy was thinking of ways to recreate his persona to break back into the wrestling circuit once more and maybe strike it rich, possibly get a clothing line, you know, the works. Knowing that his brother had recently created a mutagenic serum, which hypothetically would allow any human being to increase their strength to that of an ants by 10 times or to increase their range of vision to that of a butterflies, otherwise known as Tetrachromatic Omni-vision. Billy pestered his brother into giving him a sample of this untested mixture of glandular and adrenal fluids so he could become a “BIGGER” more “BAD-ASS” force to be wrecking with, as Billy put it. Against Dons wishes Billy drank the mutagen and waited…

Shortly after swallowing the last drop of that pungent mutagen, Billy became nauseous and light headed; he began to stumble and needed to sit down. His head was spinning and he felt his skin ignite like the starter on a gas grill. He could feel the chemicals coursing through his veins, similar to the steroids he once abused. No longer would he be a second rate character in this paper-view drama, Billy thought, soon he would be on top and ready to steel the spot light; and just then Billy dropped to the floor.

Five days passed before Billy regained consciousness but not before his body had time to transform into the creature you see now. During those five days his form had twisted into an odd mixture of man and insect. He still had the bulky body of a weightlifter but now paired with scale like skin and claws instead of hands. His back sprouted giant horns and his face became that of a fly with a lizards tongue. Billy wasn’t even shocked when he first caught a glimpse of himself in a mirror but was more impressed with his new appearance, more so than his brother. Don was completely terrified of what he had recently witnessed, having sat for five days looking over Billy as he underwent his pulpal metamorphosis. Without Dons constant care and observation Billy might not have survived the transition, so Billy promised never to reveal their secret.

Shortly after the whole event Billy went back to the WWE and presented him self as a masked character name Billy “Buzz” Killer and the executives just ate it up. They had searched for years looking for that special something to reignite the rhythmic routine of good guy versus bad guy and now they had it. Aliens and insects – monsters versus men, the ultimate grudge match was finally here.

This is a unique hand made item.